Top Posts
Government debt to China near one billion US...
Restoration of plantation cycle path “in its former...
Going out in Paramaribo
Travel documents
Best Luxury hotels in Suriname
These tour operators know the beautiful places in...
Top 10 Real estate agents in Suriname
Tropical clothing from Craghoppers
Rice agriculture in Nickerie
Mix of cultures in Suriname
Living

Government debt to China near one billion US dollars

Not that Suriname’s debt to China diminisches after the visit. In his other inner pocket at least $ 500 million in commitments for new loans. For a flood defense, new asphalt and the modernization of Johan Adolf Pengel International Airport.

As a result, the debt to Beijing will rise to around a billion dollars, a quarter of the gross domestic product. Few countries imitate Suriname. On a lis,t compiled by Harvard economist Carmen Reinhart, of countries with debts to Beijing, it would end up in the top 10, with such a percentage.

How dangerous is China? A few years ago, the US government warned of “predatory lending practices.” Those who cannot repay their debts run the risk of losing resources or infrastructure. Those stories about debt trap diplomacy are also circulating in Paramaribo.

According to the 2020 financial note, the country’s total national debt is 2.4 billion US dollars (converted almost 2.2 billion euros) and the debt to China had already risen to 448 million US dollars in June 2019. There is no other country where Suriname has such a high debt as China. Ramautarsing expects that even more loan contracts will be signed between Suriname and China during the state visit, for example for the asphalting of additional roads. “China is currently the economic developer of Suriname. But against all these loans there is no growth in production and that is very risky for the repayment. “

“China is getting more and more influence through all those loans and donations. We are becoming a more modern country, with large stores, better streets and faster internet, built by China.” The country also does not set complicated conditions for loans such as the Netherlands. But, Ramautarsing wonders: Are Surinamese people not becoming too dependent? “The sugar daddy will really expect something in return one day. And what if you can’t afford it? Do they take our forest from us? Our raw materials or our land? “

China’s desire for expansion on a global level is clearly visible in Paramaribo. In Gompertstraat, a major thoroughfare in the north of the city, there are also countless Chinese clothing stores, hardware stores and beauty salons among the nearly twenty Chinese supermarkets. Cheap, but often of poor quality. The local Surinamese retail trade has almost completely disappeared, 90 percent of all supermarkets are in the hands of the Chinese.

Further down in the city center it is full of advanced security cameras. They have been paid and made by China to fight against crime in Paramaribo.

Restoration of plantation cycle path “in its former glory”

Mix of cultures in Suriname 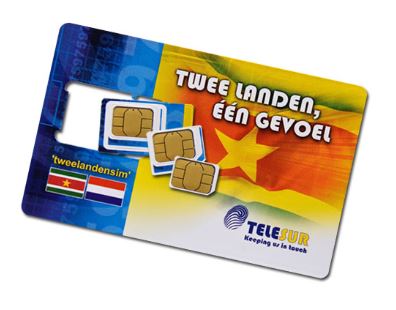